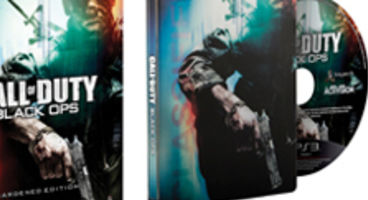 Treyarch's Call of Duty: Black Ops will be dealing with a zombie horde or two, just like World at War reveals US retailer Best Buy and their listing.

Included in the 'Hardened' and 'Prestige' Editions for Black Ops are "Four Zombie Maps Pack" given fame by Treyarch's previous instalment.

Looking at the PS3 'Call of Duty: Black Ops Hardened Edition' listed on Best Buy, we get the game in a SteelBook casing, a "Woods" PSN theme & Black Ops Medal" but most interesting of all, "Four Zombie Maps Pack made famous from COD: World at War".

The zombie maps proved a massive hit for Call of Duty and even led its part in the undead revival surge that's hit the videogames industry, as zombies became cool again. Call of Duty: Black Ops releases on Xbox 360, PS3 and PC November 9th.