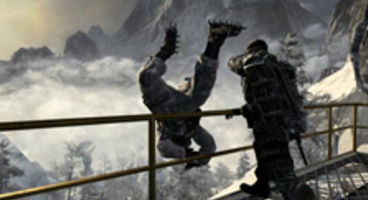 Square Enix are publishing Call of Duty: Black Ops in Japan, one version is dubbed and the other subtitled, but both feature no limbs flying off.

The Treyarch game has been given a 'CERO Z' rating which means it's for adults only, but all Japanese retailers sell 'CERO Z' rated titles.

It seems the "brutal or grotesque portrayal" of limbs flying about the place was crossing a line too far for the Japanese ratings board who've already awarded it the highest possible classification there is to give. The rest of the world is censor-free.