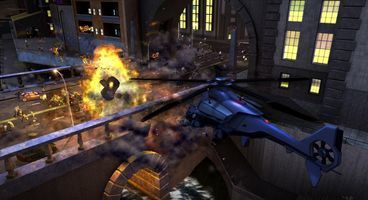 Microsoft and Ruffian Games has announced that the open-world action game Crackdown 2 will hit stores starting July 6 in North America, July 8 in Asia, Australia and New Zealand, and July 9 in Europe.

Developed by Ruffian Games exclusively for Xbox 360, Crackdown 2 is the sequel to the award-winning 2007 title, Crackdown. Offering cutting edge gameplay, Crackdown 2 will take multiplayer gaming to unprecedented heights, providing you and your friends with complete freedom to explore, destroy, and play your way as you restore justice to Pacific City.

To celebrate the road to launch, Ruffian Games invites fans to step into the world of “Crackdown 2” in the first video documentary, titled “Fun with Friends,” from a three-part series exploring different facets of the game.

Check back soon for the first video documentary, which will be available to stream on Strategy Informer.