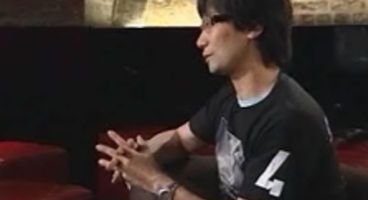 Hideo Kojima, not one to let up on teasing his new projects, has said this next big idea might have him "leave the industry" if not done right.

The Metal Gear creator says he doesn't want to pass it by, ruled by fear. Kojima-san has recruited "an ally" to support his 'very risky' venture.

"The next project will challenge a certain type of taboo. If I mess up, I'll probably have to leave the industry. However, I don't want to pass by avoiding that," twittered the Japanese legend, reports Andriasang.

"I turn 47 this year. It's been 24 years since I started making games. Today, I got an ally who would happily support me in that risk. Although it's just one person. For a start, it's good." Recently he's been twittering away about this new project of his, saying his mind is in "Next Title Mode" and he can't shake it despite working on MGS: Peace Walker.

Already some rumours have begun to swirl that this next game could be Zone of the Enders 3, what with Kojima-san mentioning mechs are involved. Teasing the fans a little is fine and all but should these legends really be dragging out our agony so?