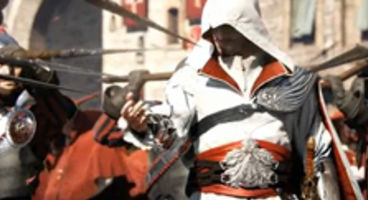 Vincent Pontbriand is a producer for Assassin's Creed and he says that creator Patrice Desilets' decision to quit Ubisoft was "right" for him.

The veteran creator "needed a break" he said, adding that progress on AC: Brotherhood 'will be fine' thanks to their "200-strong team".

"After 12 years at Ubisoft he just decided he needed a break, and he was six years also on Assassin's Creed," Pontbriand said to Eurogamer in an interview.

"For a creator after a while it becomes harder to feel you have enough distance from what you're doing. Personally I think it was the right decision." Ubisoft eventually confirmed the exit of another of their high profile developers from Ubi Montreal.

Apparently Desilets was to attend E3 and promote Assassin's Creed: Brotherhood but the plans changed as early as last week, with Ubi UK staff said to be left out of the loop and only told until the day before the public announcement of his departure.

Of course the creator had a pivotal role in the development cycle of the series but Ubi Montreal is more than equipped to carry on says the producer.

"That's the good news," he said. "Assassin's Creed is a 200-strong team and success comes from some key elements, but that's not the whole story. There's a huge creative team and we'll be fine, but that's a tough one for him." It's out November 16th.

Assassin's Creed: Brotherhood is a standalone instalment with AC3 due sometime later which continues on the story of Desmond in the 'present day' reliving as ancestors. Check out the full E3 2010 round-up for publisher Ubisoft.