Rockstar: L.A. Noire has no "point of reference", is not a GTA-clone 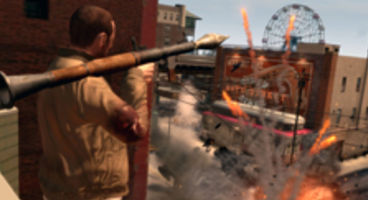 Publisher Rockstar Games says that L.A. Noire doesn't have "a point of reference from other games," namely the Grand Theft Auto series.

While it does share an open-world city environment it's "paced completely differently"; it has action but not "super-high action like GTA".

"For us it's always good when you are crafting something and you don't have a point of reference from other games," said Jeronimo Barrera of Rockstar Games, reports CVG.

"Even though you could say it's like GTA because you have this open city you can run around in, it's paced completely differently. To us that's what we have to sell: 'Look, it's not super-high action like GTA, though there is action, but it is as compelling because of the interactions the characters are having'."

Mad Men star Aaron Staton, who plays the lead role of Cole Phelps in L.A. Noire, has also said how different the two are in practice: "The difference between this and GTA is that you play a guy who's out there trying to do good." You try to fight police corruption.

"Everyone will initially want to punch old ladies - I probably would - but people are then going to be interested in the story and solving the cases. And seeing what other old ladies they can punch," said Staton. L.A. Noire releases on Xbox 360 and PS3 this fall.