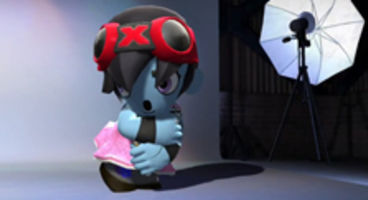 The US release date is confirmed as May 25th by SCEA, with SCE Europe hoping it will arrive "across PAL regions" the very same week.

The 'Play, Create, Share' racer has been in development by United Front. US pre-order bonuses include some known hero appearances.

If you live in North America and slap down some hard earned cash for ModNation Racers now then Ratchet and Clank, Nathan Drake or Kratos will be burning rubber alongside your own creations - think LittleBigPlanet but on wheels.

European types and our PAL cousins have yet to be given a concrete date for the racer to come and brighten up our lives, with SCEE saying only that they're "aiming to release ModNation Racers across PAL regions during the same week" as May 25th.

The 25th is a Tuesday so it stands to reason that May 28th could be our special day. For some reason the US loves to retail on Tuesdays, where we prefer a Friday for some straight up weekend gaming with minimal distractions like work or school.

Are you excited for United Fronts' ModNation Racers? Check out the trailer.