Sony laments not having Demon's Souls "a first-party title" globally 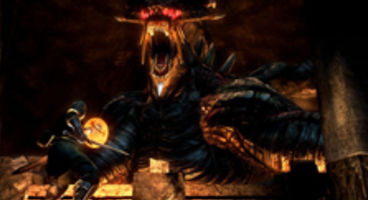 Sony Japan published Demon's Souls in Asia but outside the region it has only reached North America thanks to Atlus who picked it up.

Sony's localisation liaison Yeonkyung Kim said at GDC this "was a mistake," because they should have embraced it; greatly underestimated.

They believed its unorthodox design and unforgiving difficulty would prove such a niche that no one outside of Japan or Asia would end up enjoying it. The dungeon crawling RPG from developer From Software has proved a hit with word-of-mouth igniting interest.

It was thought that 15,000 copies could sell but in fact it's getting ever closer to a quarter of a million sales. "That was a mistake," Kim admits. "It should have come out as a first-party title." No European release has ever been mentioned by Sony or Atlus.

There's talk of a sequel to the hard as nails Demon's Souls RPG. Played it?