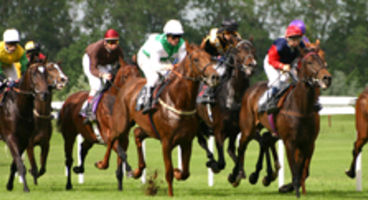 Publishing giant Activision is pleased with the Stimulus Package DLC for Modern Warfare 2 after its millions of sales, raising its fiscal outlook.

"This is kind of like announcing: The race horse I shot last month has won the Triple Crown!" joked EA's communications director Jeff Brown to IndustryGamers. This comes after his little ribbing over the many legal wrangles Activision has going on.

"We don't have the time to comment on the many lawsuits Activision files against its employees and creative partners," he said earlier. Infinity Ward has suffered more losses to its staff roster as others have decided to up sticks and develop elsewhere.

It's believed the total now of who has left the Call of Duty developer is 13. Jason West and Vince Zampella were fired from the studio but now operate Respawn Entertainment, who has announced a worldwide distribution and publishing deal as an EA Partner.

Activision has a lot of repairing to do to keep Infinity Ward from imploding any further and in taking steps to bolster their public image among gamers, as they're seen as something of an ogre right now. Do you enjoy a good bit of ribbing between rivals?