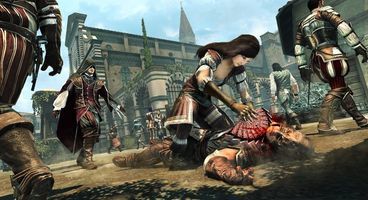 Nothing is official at the moment but CEO of Ubisoft, Yves Guillemot, revealed during a financial briefing call yesterday that there will be something Assassin's in 2011.

"There will be something around Assassin's," said Guillemot. "That's the only thing we can say."