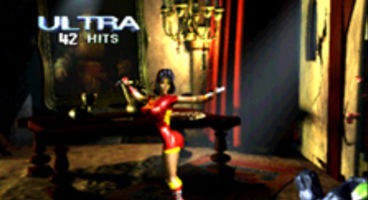 The guys "want to make" more KI, but "aren't working on it today" Lobb revealed at X10. Elsewhere, Midway titles have vanished from XBLA.

Mortal Kombat 3, Defender, Gauntlet, Paperboy and Smash TV have mysteriously upped and gone... somewhere. If you've already shelled out those MSP clams for them, not to worry because you can still download them, reports Eurogamer.

They could have been removed in preparation of Xbox Live's Game Room, the virtual arcade social thingy for avatars. It's that or some legal issue has reared its ugly face.

Anyway, back to Killer Instinct...

"I love KI. We want to make KI," creative director Ken Lobb told Destructoid at X10. "We aren't working on it today... Someday we will bring back KI." Is that a bit vague?

Yes, it's super vague - but does let that torch of hope keep burning bright. Are you a fan of Rare's Killer Instinct, and if so would you get rapturous over its return?