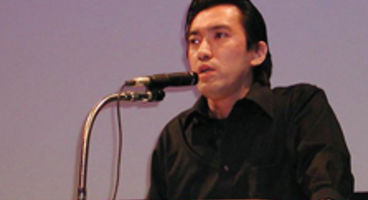 Resident Evil creator Shinji Mikami is to leave his Straight Story studio once third-person shooter Vanquish is complete, to form a new one.

The goal is to nurture fresh talent, developers who "haven't gone pro yet," he says. Japan's game culture tends to "prune away young talent."

Mikami-san told Famitsu about his new plans: "One of the reasons I'm building a company is to raise the game makers of the future, people who haven't gone pro yet," he said, reports 1UP. Firstly he's got the new Vanquish third-person shooter to wrap up.

"Game development is often overseen from a pure business perspective here, which is unique to Japan, and I have the impression that environment tends to prune away young talent. I really want to make Tango a company run from a creator's perspective, one that expands upon new talent."

"We're going to handle all development within the company, so I think one development team will be the limit," Mikami-san said. "I'd like to see it grow to 100 people or so in five to seven years." They haven't yet decided what their first title is to be.

"I'd like to make a choice with the rest of the team as we grow our numbers. I've been speaking with a number of publishers as well, but we haven't signed any contracts yet." The Resi Evil man does have an idea in mind though... something he's always wanted.

"When it comes to my personal desires, I'd like to make a true-3D horror game, something where you'd use glasses like in the Avatar film," he said.

"It's been my goal since the original Resident Evil to be the first in the industry to make a 3D game. There needs to be a large 3D television-owning userbase before that can happen, but I always like trying out new things first." If anyone can pull off a 3D horror game it surely has to be the guy behind the zombie-fest of Resident Evil? Let's hope so.