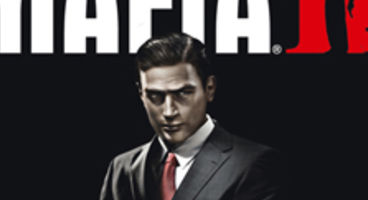 It's almost inevitable that multi-platform releases will have some differences between versions, and such is the case for 2K's Mafia II.

The game was "optimized for each" and sacrifices were made, but the core was made the "best it could be" for all. 2K list PS3 deficiencies.

When designing Mafia II, we optimized for each of the three different systems the game would run on to make sure the core experience was the best it could be. Because of this, there are some differences from one platform to the next. In terms of the PS3 version, I wanted to clarify a couple points you have been asking about: There will not be highly detailed grass or large pools of blood, the cloth movement is less noticeable than, for example, the PC version, and the visual fidelity in the demo is generally representative of what you’ll see in the full game.

Our aim is to make a cohesive and immersive experience and optimize the game for each platform so that it could run its best. And while there are some differences between each version, I’m sure you’ll find that the core gameplay and the heart of Mafia II remains no matter whether you play on PS3, 360, or PC.

Thanks for your patience while I checked with the dev team on the specific issues you were asking about, and I hope you see you in Empire Bay next week.

Naturally the reaction from fans has been less than cordial in some cases, angry that PS3 owners are getting the shortest straw. The PC version appears to be the most superior out of the bunch which isn't surprising.

"The core of the game is exactly the same - the most important aspects of the game remains throughout every version of Mafia II. To me, that is the utmost important thing - that we focused on what we truly wanted people to experience and made it amazing," added 2K Elizabeth, in response to the fan furore.

Of course the word 'inferior' started getting thrown around...

"I really dislike the word "inferior" because I disagree with it completely. I wanted to answer your specific questions about individual details people brought up, but overall the PS3 version of the game is a full world with all the content (and actually exclusive extra content) and an amazing story line full of driving, shooting, and other Mafia goodness."

"It's a shame to put down the work the team has done because of a few specific details - as I said, there are slight differences across all three platforms, but the core and important part of the game is the same," they continued.

Each version of the game was built on their respective platforms throughout. "Nothing was ported. Each version was built on its own system - be it PS3, 360, or PC. That's actually one of the reasons for the slight variations - there is no port here."

Which version, if any, had you set your sights on for Mafia II? It releases on Xbox 360, PS3 and PC August 27th in Europe. I already pegged the PC version.