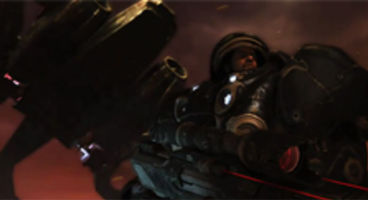 What's that? Is Activision going into the movie business? No, but they do have plans to bundle videogame cinematic together and sell them.

"If we were to take that hour, or hour and a half, take it out of the game, and we were to go to our audiences - for whom we have their credit card information and a direct relationship - and say to them, 'Would you like to have the StarCraft movie?'... and say we have this great hour and a half of linear video that we'd like to make available to you at a $30 or $20 price point, you'd have the biggest opening weekend of any film ever," Kotick said.

"Within the next five years you are likely to see us do that... There will be a time when we capitalise on the relationship that we have with our audience and deliver them something that is really extraordinary and let them consume it directly through us instead of through theatrical distribution." A full blown movie of Blizzard's Warcraft is already in the works.

Would you be willing to part with some cash for videogame cinematics as a 'film'? Check out the movie game trailer for StarCraft II below.