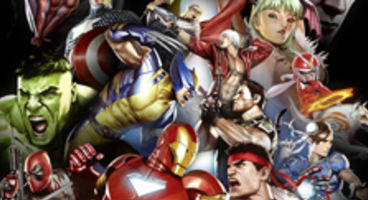 Capcom has announced that Marvel vs. Capcom 3: Fate of Two Worlds will be swinging fists in Europe on February 18th, 2012... just kidding it's 2011.

Jill Valentine and Shuma-Gorath have been confirmed as Special Edition bonus characters, but it's US only. Retailer pre-order loot to be revealed "shortly".

The two latest characters hanging out in the MvC3 locker room are Marvel's She-Hulk and Capcom's Zero. Marvel vs. Capcom 3: Fate of Two Worlds releases on Xbox 360 and PS3 February 18th, 2011. Do you enjoy a good universe-colliding mash-up?