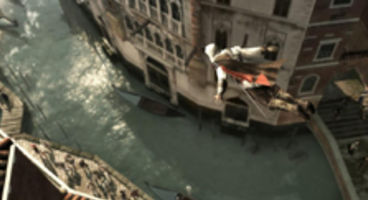 Ubisoft is moving ahead with their new form of anti-piracy for PC, one where they require future games to login or they will fail to start up.

Assassin's Creed 2 for PC is one such title. Ubi feels this system is "justified" by the "advantages" offered, like Cloud-stored save files.

Yes the 'Cloud' platform is gaining ever greater momentum in this digital age of ours. All saved games for PC titles can be uploaded to Ubi's servers so you can access them anywhere that you login to play - but that's just the sore point for most...

You must have a constant Internet connection in order to play Ubisoft titles, and if their servers should decide to have some downtime then no gaming for you.

"We know this choice is controversial but we feel it is justified by the gameplay advantages offered by the system and because most PCs are already connected to the internet," said Ubisoft last month in defence of the new system, reports Eurogamer.

Blizzard will be employing a similar system with Battle.net and StarCraft II, and eventually Diablo III. However the studio will offer an offline mode, which means no access to achievements, player records or saved games whilst logged in as a guest.

Assassin's Creed II releases on PC March 5th in Europe, and contains both new pieces of downloadable content; the Battle of Forli and the Bonfire of the Vanities.

Does this new Ubisoft 'solution' to piracy put you off buying? Splinter Cell: Conviction will also feature this enforced account login system in order to play.