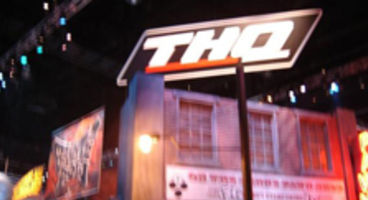 Brian Farrell is big boss of THQ, and he says their E3 offering this year will have jaws dropping. Plus they've got MMO Warhammer 40k.

Yes they will "actually show" some of their MMO. Alongside that is Red Faction 3 and Saints Row 3, with "more of Homefront" too. Sounds great.

“We’ve been talking about it, but we’ll actually show some of our Warhammer 40k MMO, and I think people are going to go, ‘Oh my God. They’ve got their stuff together’, and Saints Row 3 will evidently cause some to remark, ‘This is not your father’s THQ.’"

The THQ CEO is obviously puffed up for the E3 show. The publisher has also learned that Nintendo Wii is perhaps not the 'awesome' they thought it to be, so they'll only be showing a few "brand extensions" for the Wii at E3.

"Actually, I prefer it on a normal controller,” said Farrell, regarding De Blob. It was a Wii exclusive due 2011/12 sometime, but now it's going multiplatform. Are you psyched for THQ's E3 showcase line-up, videogamer? How will Saints Row evolve?