Crystal: There's "a Tomb Raider out there" for motion controllers 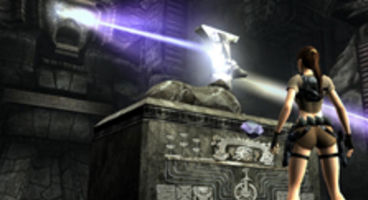 There's no mention of Project Natal. Lara Croft and the Guardian of Light, due out this summer, is unlikely to see any motion tech involved.

"As with every studio which is on the cusp of this technology, we have it in house and we're looking at it, and we see some really exciting things from it," said Karl Stewart, speaking with Eurogamer at GDC 2010 in an interview.

"I'm a pretty firm believer in making the game right for the platform and the right controller," chimed in creative director Daniel Neuburger from Crystal. "I believe there is a Tomb Raider out there that can be done on the Wii, or with the Sony motion controller..."

"Those are cool tools and people really do enjoy them, because you already have an intuition of how you manipulate things and what you can do. I can see a Tomb Raider being made for either that was really good." The next Lara Croft appearance isn't exactly a Tomb Raider game at all as it breaks from the iconic name and gameplay formula.

Lara Croft and the Guardian of Light releases on Xbox 360, PS3 and PC this summer. Does it stand a chance of embracing the Nintendo Wii or PlayStation Move?

"Right now, we don't know," said Stewart. "Our goal is to get the game out of the door and make it as good as we can. Bringing in things like co-op and isometric viewpoints is something we have never done before in this franchise, so we want to get that right first."

"If we come back in three weeks' time and one of our tech guys is going, 'Look at what this can do,' and if we go, 'Wow, this is exciting! This works!', then great. But right now, we're all about making this game turn out as best as it possibly can."