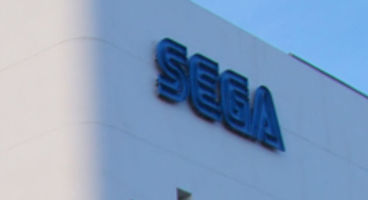 Mike Hayes is Sega West's boss and says that Xbox 360 and PS3 are high priorities for them, and how they must avoid terrible IP revivals.

They "didn't produce a great game at all" with Golden Axe. Classic IPs, if returning, must reach a quality level "we now expect" to see.

Recent launches for Xbox 360 and PS3 include Rebellion's Aliens vs Predator which has done well in the UK charts, achieving the top spot. "It's important that on our old IP that is respected, we need to deliver a good product. And in some instances we have done that - look back at when we re-did Sega Rally," Hayes told CVG in an interview.

"It scored well and was moderately successful commercially. But then with other great franchises like Golden Axe we didn't produce a great game at all." Sega is busy with Sonic the Hedgehog 4 for Xbox 360 and PS3, which is a resurrection of the old Sonic days.

"Going forward, if we're going to look at any existing IP to bring out the locker, we have to make sure we get the quality to a level we now expect. I'm not saying which IP it would be - a Streets Of Rage, a Crazy Taxi, whatever," continued the Sega West boss.

Crazy Taxi's return could indeed be super if done right, capturing the Dreamcast classic that married the passenger delivery service and unforgiving arcade timers. "What we have to do now is build something that is 85 per cent plus. We can't just get away with PR."

Hayes also admitted that MadWorld was "mismatched" to Nintendo Wii - you agree?