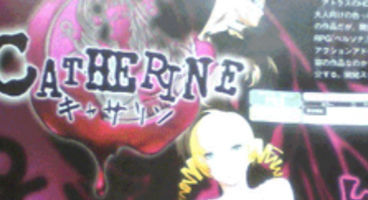 The role-playing franchise Persona is getting a next-gen instalment for both Xbox 360 and PS3. It's called 'Catherine' and is aimed at adults.

It's described as an action adventure with some horror and seems to revolve around a guy, Vincent, waking up from his dreams every night.

Persona 4 director Katsura Hashino is Catherine's producer/director. The character Vincent first appeared in Shin Megami Tensei: Persona 3 Portable! apparently. It's going to release in Japan "2010 winter" according to a fold out poster.