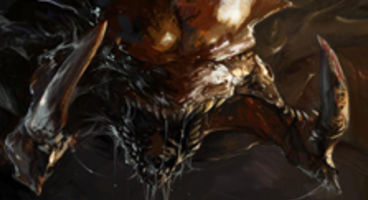 Going after cheaters is a focus of Blizzard with their new Battle.net, but now the studio is also after the authors of these naughty hacks and exploits.

A lawsuit has been filed at the LA District Court against 2 Canadians and 1 Peruvian. They're after them for fiddling with "copyrighted content".

"Just days after the release of Starcraft II, Defendants already had developed, marketed, and distributed to the public a variety of hacks and cheats designed to modify (and in fact destroy) the Starcraft II online game experience," read Blizzard's suit filing.

"In fact, on the very day that Starcraft II was released, representatives of the hacks Web site advised members of the public that 'our staff is already planning new releases for this game.'" Blizzard has also been suspending 'singleplayer cheaters' as they argue any 3rd party software can also be used during multiplayer experiences.

They are using copyright infringement as their weapon of choice and demand damages and disgorgement of any profit made from creating these hacks to StarCraft II. Blizzard also says they have been encouraging others to develop their own exploits.

"When users of the Hacks download, install, and use the Hacks, they copy StarCraft II copyrighted content into their computer's RAM in excess of the scope of their limited license, as set forth in the EULA and ToU, and create derivative works of StarCraft II."

"The harm to Blizzard from Defendants' conduct is immediate, massive and irreparable," continues the lawsuit. Blizzard has said that anyone wanting to cheat should use the built in game cheats that they included, and only those cheats.

"By distributing the Hacks to the public, Defendants cause serious harm to the value of StarCraft II. Among other things, Defendants irreparably harm the ability of Blizzard's legitimate customers (i.e. those who purchase and use unmodified games) to enjoy and participate in the competitive online experience."

"That, in turn, causes users to grow dissatisfied with the game, lose interest in the game, and communicate that dissatisfaction, thereby resulting in lost sales of the game or 'add-on' packs and expansions thereto." The first SCII expansion isn't due until 2012.

The defendants outed by Blizzard are 'Permaphrost', 'Cranix', and 'Linuxawesome' with the first two living in Canada and the last in Peru. The game's EULA states that any court disputes would be settled in a Los Angeles County court; their jurisdiction is unclear.