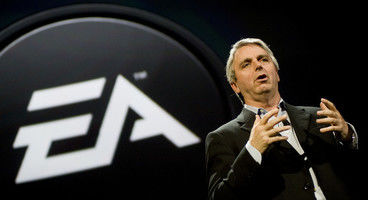 Electronic Arts CEO John Riccitiello has not been shy with his opinions lately. First he insisted Nintendo slash the price of the Wii.

Now, he blasts Activision and Treyarch over releasing an unfinished Call of Duty: Black Ops and implies they rode the coattails of Infinity Ward's Modern Warfare 2, while Riccitiello's counterpart, Activision CEO Eric Hirshberg defended the release, stating Riccitiello was just hating on the game.

Riccitiello mocked, "Activision will do 25 million on the tail of last year’s Modern Warfare 2 and the start of this year’s Black Ops, and then probably something similar next year. But it took them, what, five or six editions to get into double digit millions?", strongly implying that the record sales of Black Ops were chiefly due to the popularity of Modern Warfare 2 and the series that departed Infinity Ward heads Jason West and Victor Zampella had created.

He then stated Activision CEO Eric Hirshberg and Vivendi CEO Jean-Bernard Lévy were out of their depth, essentially calling them non-gamers by saying: "I don’t know that having two guys that probably don’t play the games, in the form of the CEO of Vivendi and the CEO of Activision, come out and say 'Treyarch is our lead developer,' like you could anoint that. They didn’t make a 90-rated game; I think it’s 86 now." It's odd that Riccitello would bring up Metacritic scores rather than revenue - not that recent EA release Medal of Honor had either the revenue or the aggregate critic score to brag about.

Hirshberg's response was to imply Riccitiello had a severe case of sour grapes, while Wedbush-Morgan analyst Michael Pachter stated neither Activision or Treyarch would suffer long-term negative feedback for Black Ops's glitches, bugs, exploits and connection issues on release.