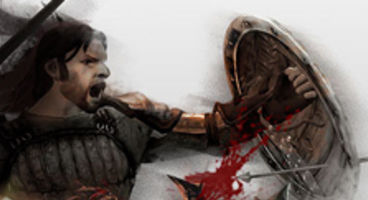 Developer BioWare has posted a list of all the game fixes released in their PC patch for Dragon Age: Origins and the Awakening expansion.

The Xbox 360 and PS3 versions will get this patch too once it's certified. BioWare apologize they're "unable to fix" some technical game issues.

The Silverite Mine in the Awakening expansion and the basement in the Arl of Denerim’s Estate have a problem that BioWare are well aware of but cannot fix them because of "technical limitations," so they advise avoiding the bugs.

"Please accept our apologies. While we wish we could have fixed these issues to the community’s satisfaction, we are unable to do so at this time," posted BioWare.

"As indicated, we realize that none of these workarounds are ideal in any way but regrettably have no other course of action as we have very strict limitations with what we are able and not able to patch, on consoles especially."

"We have taken into account the root issues related to the implementation of these areas/pieces and will carry it forward in an effort to avoid things like this happening in the future," they added. It involves pick locking a door one shouldn't to the Silverite Mine, and accidently drawing in guards from an offensive aura in the Estate.

Here's what has been fixed by the development team in patch 1.04:

• Blood talents from the Grey Warden Base premium downloadable content will now work properly in Awakening.

• Fixed an issue where installing new downloadable content would occasionally leave the "Other Campaigns" selection greyed-out without a restart of the game.

• Multiple transitions in and out of Fade areas will no longer multiply the number of visual effects running and slow down gameplay.

• Damage statistics will now be updated properly on the Inventory screen when weapons were unequipped.

• Importing a character to a new module from a savegame that did not have the hero in the party caused the game to crash.

• If a character is imported into Dragon Age: Awakening and is stripped of their incompatible gear from DLC, they will be equipped with default equipment.

• Names with accents and special characters will now show up correctly in the Story So Far load hints.

• Audio drivers were causing a number of audio-related crashes. As such, audio drivers have been updated.

• Fixed issues that were preventing portraits from being uploaded to the BioWare social site.

• Screenshots are no longer automatically uploaded on the PC by default on new installations.

• Fixed pick-pocketing. Characters were successfully stealing, but not receiving any items.

• Fixed an issue that would cause incorrect characters to occasionally appear in Morrigan's ritual.

• Players who rescued their party members in the Fade of the Broken Circle plot were still forced to fight the sloth demon alone. This has been resolved.

• It is no longer possible for the player to get blocked during gameplay by pursuing both candidates' quests in the Orzammar plot line.

• A variety of bugs were preventing personal quests from triggering and causing issues with party member approval have been fixed.

• Lillith will no longer repeatedly thank the player at Vigil's Keep after being rescued.

• During the Assault on Amaranthine, a bug would occasionally make some enemies invincible, which impeded game progress. This no longer happens.

• The message, "Legacy tattoo asset do not use!" will no longer appear on the faces of imported characters.

• Masterpiece and paragon silverite runes are now weapon runes instead of armor runes.

• The masterpiece slow rune is now available for purchase from merchant stores.

• Players may now receive notes of appreciation from their Origins love interests.

Dragon Age: Origins is available on Xbox 360, PS3 and PC. EA and BioWare have announced Dragon Age 2 which drops the choice of races and instead focuses on a core human character with fully voiced dialogue - much like Mass Effect.