BioWare "not quite done" with new story content for Dragon Age: Inquisition

There's more trouble only an Inquisition can solve on the way from BioWare, as creative director Mike Laidlaw confirms they're not moving on from Dragon Age: Inquisition yet. Sadly there'll be no Hero of Ferelden dropping by.

Our original Dragon Age character "will not be appearing" in the Inquisition in person. The Jaws of Hakkon was the first major new story content from BioWare and looked to the Avvar tribes.

A whole generation of RPG gamers was first introduced to the genre thanks to Bethesda's Skyrim, a title which has sold millions and has led to "totally different expectations" in storytelling and exploration, says BioWare's Mark Darrah.

That's why Dragon Age: Inquisition has gone 'back to scale' with its explorable worlds, as RPGs have 'shrunk' over the years in sacrifice to fidelity. BioWare is now gunning for both.

Dragon Age: Inquisition lead writer David Gaider has discussed the topic of romance in BioWare's RPGs, and how some would be happy if they "just abandoned the effort altogether," but it's tricky.

There are those who enjoy BioWare's tales as much as they do because of romance options, but the team often feels the pressure and always ask 'should we bother?'

BioWare has announced Dragon Age Keep, which will serve the same function as the interactive comics from the Mass Effect series, allowing players who did not play the previous games - or people who just want to tailor the backstory - have a backstory for Dragon Age: Inquisition. 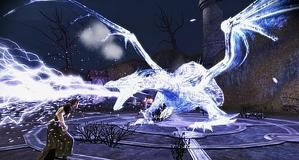