Inafune: Japan is "five years behind", only "awful games" at TGS 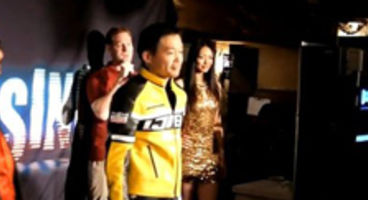 Capcom's Keiji Inafune has lashed out at fellow countrymen again in the Japanese videogames industry; they're "at least five years behind".

He noted "everyone's making awful games" when he looked around this year's Tokyo Game Show. Capcom is "barely keeping up" with the West.

"Capcom is barely keeping up. I want to study how Westerners live, and make games that appeal to them." Dead Rising 2 is already a western-led game and Capcom have just bought the Canadian outfit behind it, Blue Castle Games.

Recently unveiled is an all-new Devil May Cry, which again is being led by a western studio (Ninja Theory), has been causing some rifts among the community. The new younger looking Dante barely resembles anything to the more traditional demon slayer.

Dead Rising 2 releases on Xbox 360, PS3 and PC September 24th in Europe and on the 28th in the US. We'll see soon enough if Capcom's pro-western policy wins us over.