Capcom bring their latest instalment of brutal demon slaying to the PC with added modes and even better visuals.

Everything We Know About Devil May Cry 5

Major rumoured leaks have apparently coalesced into a single picture.

Capcom revealed that Devil May Cry 4: Special Edition was on the way to next-gen consoles in December last year, but they were pretty coy on the details.

Some fresh information has now surfaced courtesy of Japanese gaming blog Esuteru (thanks, NeoGAF), suggesting that a PC version is on the way this June, and revealing three new playable characters. 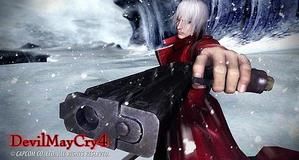