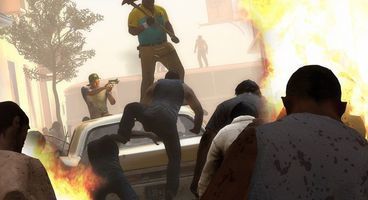 Valve has confirmed that the first DLC for Left 4 Dead 2 is due to be released on Thursday, April 22 for the Xbox 360 and PC.

Left 4 Dead 2 The Passing brings the original Left 4 Dead survivors down south for a meeting with the L4D2 cast, while delivering new single-player, multiplayer and co-operative gameplay.

The Passing also introduces a series of weekly game mode events dubbed "Mutations." These week-long runs of new gameplay modes range from "Realism Versus" mode to "Chainsaw Massacre," which gives all players chainsaws with an unlimited supply of gasoline. There are over 20 Mutations planned, each playable on all L4D2 Campaigns.

The Passing DLC will be free for PC users, but Xbox 360 owners will need 560 Microsoft Points in order to download the content.