Microsoft: Kinect injects "at least another 5 years" into Xbox 360 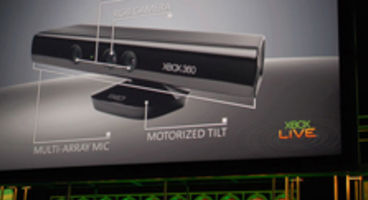 Chris Lewis of Microsoft Europe has said that Kinect's arrival and that of the new slim Xbox 360, should see the lifecycle go "at least" 5 more years.

Xbox 360 continues to "attach more games" than rival platforms he says, and they enjoy the "healthiest ecosystem" with 25m connected via Xbox Live.

"I think 2010 will be a very big year for us, it is in many ways for us mid-lifecycle," Microsoft's Lewis told GamesIndustry.biz. "What you've seen is with this new sleek design and Kinect for Xbox 360 we've got at least another five years of this generation where we continue to offer great experiences for people."

"We continue to attach more games than competitive platforms and we have the healthiest ecosystem with 25 million people connected through Xbox Live. So we are uniquely placed to continue to do really, really well in this business and enjoy ongoing momentum."

Sales projections for their next financial year were aggressive he hinted, though he didn't provide any numbers. They're being pressured to make sure the reinvigorated Xbox 360 system performs very well in Europe, a key territory to keep hold of.

"I can't be explicit about the numbers but I can say our market share has grown. Our business ambition for this financial year, which begins on July 1, is certainly bigger than last year and we constantly set ourselves ambitious targets."

"Don Mattrick is not shy about aggressive targets for Europe because he now knows we've got the right assets, now more than ever, to really appeal to our audience."

US retailers seem to agree that Kinect will cost about $149 when it retails this November 4th, though Microsoft dismisses this as pure speculation.