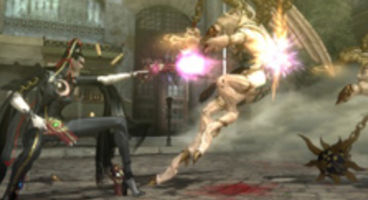 Hideki Kamiya has no problem with putting together a sequel to Bayonetta, with a second game likely from "a different angle" than the first.

That means "a spin-off" of some kind said director Kamiya-san. Bayonetta released only a fortnight ago on the Xbox 360 and PS3.

"We obviously have love for the work we have created, so I don’t see anything wrong with Bayonetta 2,” Kamiya-san told Game Informer, reports VG247.

"Personally, I’d like to approach the world of Bayonetta from a different angle, in the form of a spin-off.” We've played Platinum Games' Bayonetta and proceeded to thrust our opinions onto the Internets - we even used the words 'impeccably' and 'accolade'.

What about you, videogamer? Would you welcome a Bayonetta 2? Let us know in the forums.