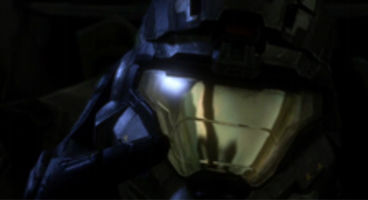 Not a single area in the new Halo game is finished though, but overall the project is 70 percent, reveals Bungie in the latest Edge issue.

The studio say Halo: Reach takes the Xbox 360 close to its limit, with major campaign surprises along the way. Halo 3's engine 'gutted'.

Naturally a magazine issue, in this case Edge, with juicy details on something like Halo: Reach didn't last long in having its secrets kept from the Internets. A poster on the Eurogamer forums was kind enough to spill the beans for all to see.

-They gutted the old engine and left "no component untouched" when improving it.

-Night vision returns to Reach (as seen in ODST)

-Huge landscapes - but you can visit each area. In coop you may see your buddy fighting a long way off in the distance.

-Bungie is bending the Xbox as far as it will bend and really pushing the hardware.

-Tung says there will be some big surprises in campaign.

-The game features rain which will leave covered areas dry and vice versa.

There's much more going on at team Bungie, so check out the spillage. Halo: Reach is releasing exclusively on Xbox 360 sometime this fall 2010. Excited, videogamer?