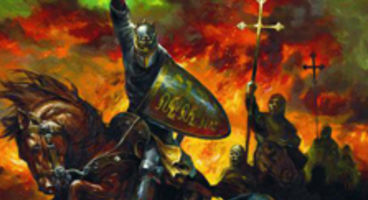 Crusader Kings developer Paradox Interactive has decided to let the Facebook masses decide whether or not a Crusader Kings 2 is on.

That's if the current rate of sign-ups continues and doesn't slow or speed up. "Once this page has 25,000 fans - we will announce Crusader Kings 2!" declares the Facebook campaign for a second instalment, reports Big Download.

The most recent release from Paradox has been Hearts of Iron III and it's expansion Semper Fi for PC, which sees a return to World War II with upgraded features like turning on the AI to run whole theatres of war for you. Want some Crusader Kings 2?