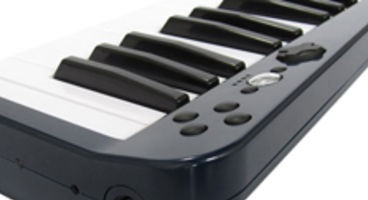 Want to know how much your wallet is to be gouged for Rock Band 3's instruments, manufactured by Mad Catz? Sure you do so brace yourself.

There are more than 10 official controllers for Rock Band 3, which includes a 'keytar'. Here's a glimpse - the stands alone are GBP 24.99. Ready to weep?

Rock Band 3 releases on Xbox 360 and PS3 October 29th in Europe. The full price list for Mad Catz’s array of rocking peripheral controllers is as follows:

If you think Rock Band will be slowing down anytime soon then don't worry because developer Harmonix has got the next 5 years covered at least with new ideas.