Jaffe tired of "artsy farsty" studios, "get f*cking over yourselves" 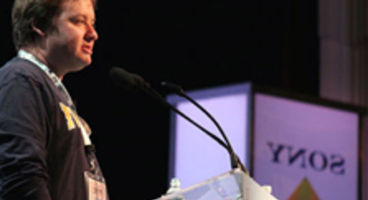 Want story over gameplay? You'd best not say that near Eat, Sleep, Play's David Jaffe. He's all about gameplay coming first no matter the cost.

Jaffe is "so f*cking sick" of all that "artsy farsty" in our industry - we need to remember we're about games, not story telling so much, apparently.

At Sony's E3 press event they unveiled Twisted Metal for the PS3, which is full of clown-driven madness. Jaffe has already said he "felt bad" over telling huge porkies to us gamers that they weren't making a new one but he wanted it as a real surprise for E3.

"We will push as hard as we can to get it perfect for every gamer until the time has simply run out… That said, I agree… SO F*CKING SICK of artsy fartsy in this industry," twittered Jaffe, in response to a fan lauding gameplay over narrative any time.

"Get fucking over yourselves bitches :)” Are you in camp Jaffe on this one? Has the industry got a little too 'creative' for its own good when we should be solely focusing on what makes a videogame an actual videogame? Pacman needed no stinkin' narrative.

Does it look like Twisted Metal will compose a sonnet or two?