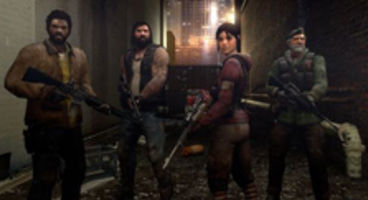 Writer Chet Faliszek of Valve has announced a brand-new 3 map campaign DLC for both the original and sequel of Left 4 Dead is out soon.

It's called The Sacrifice and explains how the two survivor camps met up in 'The Passing', and lets us decide who snuffs it. It's free for PC.

Yes we can select who unfortunately meets their demise after The Sacrifice by the end of the DLC. PC and Mac gamers get the new DLC completely free from Valve, while Xbox 360 gamers have to pay 560 MSP because Microsoft is a right miser. Out October 5th.

Check out the debut for Left 4 Dead's The Sacrifice from GT TV.