Square want to "change everything" with FFXIV, it's "not the end" 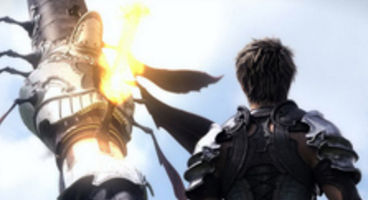 Final Fantasy XIV for Square Enix has been one huge headache as its launch has been mired with troubles, and Hiromichi Tanaka hopes players return.

Right now "satisfying" the users is their primary concern and they've got big patches on the way. Users should "expect quite a few changes" to arrive soon.

"We believe that the most important thing is satisfying our players," assured producer Tanaka-san. "This is not the end of the FFXIV, we have the PS3 launch in the near future so we are going to fix all the issues that the players are not satisfied with and improve the game." Square Enix has been extending the free trial period for the MMO.

"Even if the players left the game for any reason we do hope by upgrading the game they'll find that the game has changed," he said. "If you see the list of plans we have for the next version updates, we would like to change everything. You will be able to expect quite a few changes to the game." The studio is proud of some of their accomplishments. The first big patch goes live November 25th.

"The storyline and the cutscenes, those are areas we are really proud of and we hope all the players will enjoy that," he noted.

"Also the armoury system. We are planning to adjust it, we think it needs to be adjusted slightly to make it more unique for each class, but the system which allows players to have more flexibility and grow in different directions, having more freedom on how they're able to progress in the game."

"The armoury system itself is very unique to Final Fantasy XIV and it is something we're happy with." Final Fantasy XIV released on PC and will retail for PS3 in March 2011 providing the project remains on schedule. Has FFXIV's issues put you off?