Naughty Dog to "mix things up" with prototype Uncharted 2 playlist 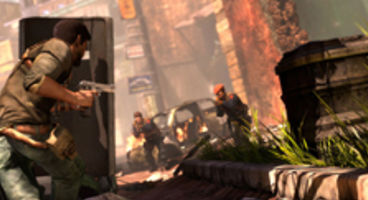 The studio behind Uncharted 2: Among Thieves is going crazy by adding some very experimental new multiplayer playlists, which could stay.

They're calling it "The Lab," which will now run "every other weekend" until they stop. It's where they'll experiment with "custom-tuned gametype" ideas.

The first from the mad scientists over at Naughty Dog will be this coming weekend with 2 vs. 2 team deathmatch, with 15 mins to reach 25 kills. Then 11th-14th June is shotguns-only. Frankly these don't sound crazy enough so...

25th-28th June will be "Sniper Extermination" where you get two teams armed with Dragon Sniper rifles. "One life per round. Best of five rounds takes the match win. Absolutely tense, totally tactical," says the studio, reports Eurogamer.

Naughty Dog has all the beans spilled on their developer blog, giving exact start and finish times for this crazy experiment they'll be conducting on us gamers.