Blizzard "just now getting serious" with SCII: Hearts of the Swarm 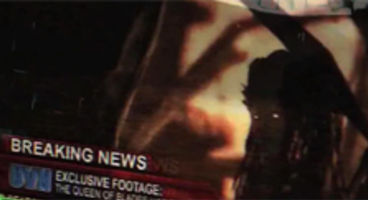 Now that StarCraft II: Wings of Liberty is so last month, Blizzard can begin with Hearts of the Swarm's development full swing reveals Rob Pardo.

Until now they'd only done "some design work" on it but the "hardcore" visual and coding magic "is just now starting" over at Blizzard's studio.

Now that StarCraft II's first chapter has shipped, "we’re just now getting serious about breaking ground on" the second instalment, revealed Blizzard's Pardo. The 'full game' as it were is split into 3 chapters with one for each faction.

"We always have a lot of ideas and there’s been some design work on it, but hardcore art and programming is just now starting to begin. It’s too early to estimate, but as soon as we can get them out there, we’d love to.”

"From a single-player point of view, they’re going to kind of feel like sequels. It’s going to be a pretty meaningful amount of content,” continued the Blizzard boss. Multiplayer won't be as 'meaty'. "Multiplayer is going to be more like an expansion set sort of vibe,” he added.

"We’re not going to ship all brand new races. There will definitely be additions to multiplayer, but that’s going to feel like an expansion set.” Don't expect much to change from what's already on offer in terms of units and buildings, although modes and maps will likely update. StarCraft II: Wings of Liberty has enjoyed huge sales, and huge scores.