THQ: Future of gaming lies in a "take on the free-to-play model" 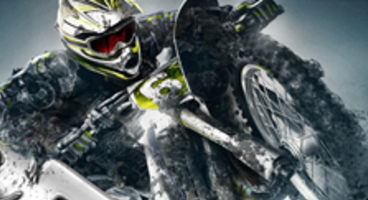 Brian Farrell of THQ believes that future videogame releases may well be cheaper but with less on-disc content, supplemented by microtransactions.

So confident are THQ that next year's MX Vs ATV title will be a pilot of this "hybrid", selling in range of "$29 to $39" in store with optional DLC expansions.

Major videogame releases could tumble in price to around the $29 to $39 mark with microtransactions and DLC taking up sums of around $100 extra from consumers who want more of the game. At least they've 'captured' the lower price user "no matter what".

"You might know we are the industry leader in off-road racing in gaming with our MXVs ATV brand," Farrell told the Goldman Sachs Communacopia Conference in New York.

"In the past, we've seen that we bring the game out at $59.99 and it does reasonably well - around one million, or one million-and-a-half units."

"When we lower the price to a mass market price the thing really jumps... So what we're doing this time is we're coming out initially with a smaller game at a lower price point - the $29 to $39 range," continued the THQ boss man.

"We're then doing a download model for different modes, different tracks, different vehicles. It's what we call a hybrid - it's a bit of the microtransaction and DLC model."

"It does a couple of things: I'm a big believer in monetising under the curve, so we capture that $29 to $39 user no matter what, and a person that wants to spend $100 on the product can do so as well."

"I think that's the future of gaming - whether it's this model or a take on the free-to-play model. It's where our industry is going and this is a very, very interesting experiment with one of our key brands," mused Farrell.

What say you videogamer? Would a future with lower priced but less inclusive videogames appeal to you, if you could simply 'shop' for what more content you wanted?