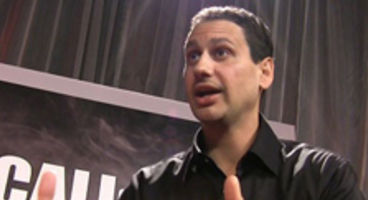 All that 'controversy' around EA's Medal of Honor because of playable insurgents when online had UK Defence Secretary Liam Fox call for a blanket ban.

Treyarch says it's "unfair" to "single out games" when "many books and movies" delve into "controversial historical periods" just like COD: Black Ops.

Last month the UK's Liam Fox said: "It's hard to believe any citizen of our country would wish to buy such a thoroughly un-British game," after learning the Taliban were playable - only through multiplayer matches. "I would urge retailers to show their support for our armed forces and ban this tasteless product," continued the UK Defence Secretary.

"We cover the Cold War era and there are definitely some controversial topics in there. But I look at it as creating a piece of entertainment and we are strong advocates of creative freedom," said Treyarch's boss Mark Lamia on dealing with controversy.

"Our game is entirely fiction-based – we’re not doing a historical recreation. We do our research and create that setting so you can immerse yourself in it but that’s just a backdrop for our narrative."

"Our story weaves itself around all kinds of controversial historical periods, but there have been many books and movies that do that, so to single out games in that way seems unfair." EA has just announced a PC beta for Medal of Honor and they hope it can dispell feelings that the studio is somehow being 'unpatriotic' and disrespecful to US soldiers.