Ninja Theory to work on story DLC for Enslaved, will release demo 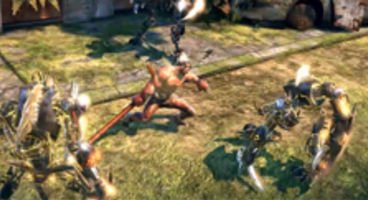 Tameem Antoniades of developer Ninja Theory has spilled that his Enslaved team will be working on some story driven downloadable content.

It won't be "anything like multiplayer," said the studio boss. Also revealed was a demo "on the cards." Apparently Namco didn't want you to know.

"Namco don’t want to announce that, but we’re working on it now. It’s not going to be anything like multiplayer,” Antoniades told VG247. The game is set in a tropical and post-apocalyptic world where we follow two characters trying to survive together.

Asked if it's story-based DLC they had in the pipe: "Yeah, it would be story-based.”

"That’s on the cards. That’s the plan, yeah,” he added when quizzed on the possibility of an Enslaved demo coming our way. Enslaved: Odyssey to the West releases on Xbox 360 and PS3 this fall. Check out the trailer below for some action.