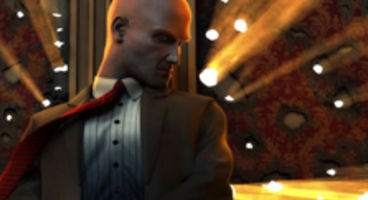 David Bateson is the voice actor behind Agent 47 and he's revealed that IO Interactive have Hitman 5 in the works, noting he's "gratified and humbled".

The studio meanwhile says they're "currently not working" with Bateson on any projects, and Square Enix add there's "nothing to announce" right now.

"I have been overwhelmingly gratified and humbled by the sheer dedication to the Hitman franchise that the fans have expressed," said David Bateson in an interview.

"For all the kind things that have been said, I am truly thankful. That kind of dedication and appreciation of the game deserves repayment... with an even more gob smacking instalment in Hitman 5. I don't envy IO Interactive for the pressure they must be under to deliver. I am utterly convinced they will!"

IO Interactive is developer of Hitman, Kane & Lynch and Freedom Fighters. The studio decided to do some "rumour control," said their twitter. "While Bateson's comments are flattering, they are a surprise - we are currently not working on projects with him."

You'll notice that IO hasn't flat out denied Hitman 5 is in the works. Kane & Lynch has been occupying the studio since the last release of Agent 47. "It's flattering to see so many fans are eager for another Hitman game. Unfortunately we have nothing to announce at this time," added Square Enix, who now own publisher Eidos Interactive.

Are you hopeful for a new Hitman instalment? I want more Freedom Fighters!