Developer IO Interactive is going all out with the latest Hitman title, which includes experienced actors lending their talents to bring Absolution alive. 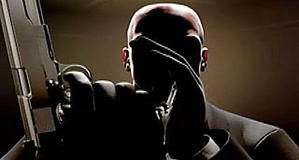