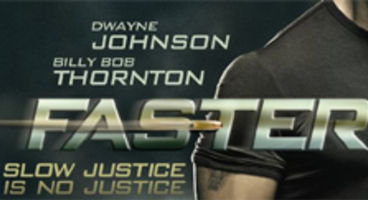 The reason Hollywood is sucking right now? Videogames. It has nothing to do with the constant reboots being shovelled out or a lack of originality.

That's the general and "humble opinion" of US actor Billy Bob Thornton, who stars in the new film Faster alongside Dwayne 'The Rock' Johnson.

Yes it's our fault as an industry and this damn "videogame-playing generation" for feeding an entertainment medium that's engulfing all others with its success.

"We're living in a time when we're making - in my humble opinion - the worst movies in history," Thornton said in an interview.

"They're geared toward the videogame-playing generation. And these videogames, which I'm on my son about constantly, these games are people killing for fun, and I think traditionally in movies, there's always been some kind of lesson in the violent movies." Yes, Terminator was all about ...erm, keeping machines retarded for our sake.

Rambo - don't treat Vietnam vets badly or they'll smack your town around. Armageddon - nuke the crap out of anything that's rock shaped and near Earth. Movies have messages, so were you paying attention? Natural Born Killers - mass media loves psychopaths.

"This movie doesn't say, 'Oh, here's this fun guy and we're going to do this tongue-in-cheek character right out of a videogame who likes to destroy things' and all this kind of thing," said Thornton about his new film Faster.

"This movie actually shows what prisons create, what murder creates. It shows this perpetual, violent string of events." Do you feel the shame, videogamer? You can just feel the message pouring out from the trailer below - can't you? Obvious Oscar winner.