Just Cause 2 demo "good snapshot" of final game, is out March 4th 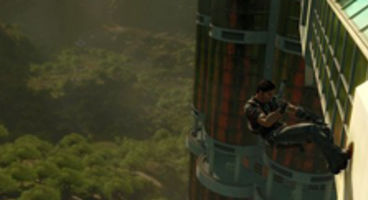 Square Enix has detailed the Just Cause 2 demo revealing we'll get "35 square miles" of a sandy sandbox to play with, with all Rico's talents.

Community guy Mike Oldman says "it's all in there" for Rico stunts and antics. It also packs one "whole multi-stage" mission, and most vehicles.

"The demo will give you a pretty good snapshot of what the final game has to offer. So in terms of Rico's abilities and the crazy stunts he can pull off - it's all in there. There's also one whole multi-stage faction mission for you to try, a race challenge and ample opportunities to cause chaos at pretty much every turn," Oldman told fan site Panau Island.

Just Cause 2's demo releases on Xbox 360, PS3 and PC March 4th. "There's a good mix of vehicles, everything from tuk tuks to planes, helicopters to jeeps, military and civilian. We really want you to play it again and again, to try out as much as you can."

"If you don't fancy tackling the mission for example, don't. See if we care. You'll easily find something else to keep you occupied." Sounds great to me.

"One BIG sandbox. It's approximately 35 square miles of sandy desert, featuring towns and settlements, military bases, runways (and planes) and plenty more. In terms of freedom, it's really up to you, but we've certainly included more than enough to play with."

Compared to the final game, you'll be getting much more of everything teased community manager Mike Oldman: "The main difference is the real game will feature more of everything - different climate zones, weather and times of day, a load more vehicles, missions and of course... water."