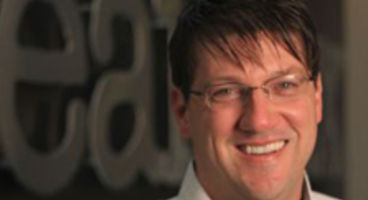 Gearbox boss Randy Pitchford has decided to clear the air and dismiss the idea that they and Valve are at odds, over what he said last year.

They and Valve have had a "relationship for a long time" with all their titles on Steam. Say anything "less than respect" and it "becomes an attack."

Last year Pitchford said Valve's ownership of the Steam platform was "a conflict of interest", which was taken as an 'attack' on the Half-Life dev by the press. Now the Gearbox chief wants to explain where he was coming from; that there's no bad blood.

"Look, Valve and Gearbox have had a relationship for a long time and it's incredible that anyone would believe there's a problem," Pitchford told MCV at DICE.

"All the Brothers in Arms games are on Steam. We launched Borderlands on Steam. We did a unique deal on Steam that we didn't do anywhere else. It was great and I'm happy to have access to Valve's customers."

"Let's not even talk about the game industry for a moment. Look at iPod. I used to have to buy music from iTunes if I wanted to play it on my iPod, but what if I want to play my music on something that isn't an iPod. I'm fucked. So now I buy my MP3s from Amazon and I can load it onto my iPod and it's cool, but I can also play it elsewhere," he said.

"Wouldn't you like that as a customer? Who wouldn't? So that's what I was saying. I love Valve. Steam is very cool. They led the way, but there are some things that, if we weren't so afraid of keeping control of our silo, we could improve things and that would be better for everyone, including ourselves.”

Pitchford criticised the gaming journos who took apart what he said and selectively reported bits that would imply an attack on Valve.

“You know, I love to talk about the business and I am happy talking to a developer peer or a publisher peer or a journalist,” he added. “Unfortunately, if a guy like me looks at the industry and some bit of it is anything less than respect, that little bit can be taken out and it becomes an attack," explained the studio boss.

“My view now is how astonishing it is how good gaming journalists are at understanding what the hot buttons are going to be and to pull those out to motivate readership. I'm so impressed with that.” Journalism motivated by ratings/readership figures?

Welcome to the world Mr Pitchford, we gamers love a good bit of drama between studio heads - it's our very own daytime TV syndicate - except way better obviously. Is Valve's ownership of Steam a bit conflicting?