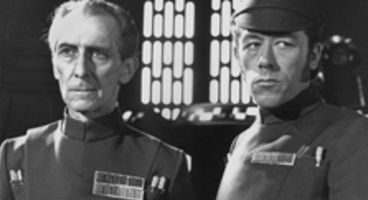 What's in a name? Trademarking most likely. Edge Games and Tim Langdell are in heated battle with EA over the use of the word 'EDGE'.

We're looking at you EA DICE's Mirror's EDGE, for your trademark insolence. Edge Games say it's "amazing how biased" toward EA we all are.

"Yes, we are completely confident we will win," began an email from Edge Games, sent to Eurogamer. "Isn't it amazing how biased towards Electronic Arts the press is on this? When did EA suddenly become the good guys?"

Honestly? When Activision became the new 'evil', and it became cool to mock.

Since that time EA has managed to spit-polish its image with gamers, and largely improve itself. It's when companies hardly anyone has ever heard of tries to sue the lovable 'bad boy' of videogames publishing over the name 'Edge', that sins are forgiven.

"Just before they filed their amended petition to cancel we filed our Motion for Summary Judgement, but their resubmission of their petition gets coverage and our Motion to have the entire issue go away gets no coverage," continued the email.

"How could these people be more blatant in their bias in favour of EA?"

"Yes, we are completely certain of winning in both the US and UK against EA/EA DICE and against Papazian on the European CTM issue," they added. "We have asked Connect2Media to remove EDGE from mobile phones and are confident they will do so if they have not done so already," referring to Mobigame's EDGE.

It's "extremely likely" that EA will lose and have their arguments dismissed say Edge Games, that they have "no new detail that enables them to argue fraud" just "trumped up" allegations. They expect to see EA "lose the US action shortly".

"And they won’t succeed. False rumours, misinformation and defamation never won any trademark case and it won’t this time, either."

Tim Langdell's Edge Games last released a title in 1994, with the 'veteran' poised to be booted from the International Game Developers Association directors board in October last year - he resigned in August instead.

Oops, sorry - was that factual reporting a bit 'biased'? Basically if you plan on releasing anything, any product with the term 'Edge' in it - Langdell wants a slice of the action.