UK supermarkets had biggest game sales gain in '09, up 7.6 percent 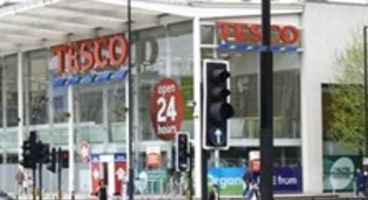 Videogame sales in the UK saw the largest gain by British supermarkets, climbing from 2008's 10.1 percent to last year's 17.7 percent.

Numbers, percentages... you love those kind of things right? Good. The demise of long-time retailer Woolworths had a major affect on the UK retail scene.

The Entertainment Retailers Association report noted that "it became apparent in the run-up to Christmas 2009 that internet retailers and grocers had been the biggest beneficiaries of the demise of Woolworths. Internet retailing now accounts for around 30 per cent of video, games and music sales."

Online outlets proved the cheapest at £19.29. It's no surprise the supermarkets big boys want a much larger slice of the game sales pie - it's big time revenue. They caused a stir when they undercut most with super low deals on Modern Warfare 2.

Videogames and milk purchases... together at last. Have you started to favour the supermarkets over the more 'specialist' retailers? Maybe you're all Internet?