Codemasters: F1 2010 is "the most authentic experience possible" 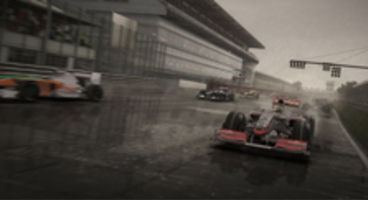 I hope you're ready Formula 1 fans because Codemasters is going all out to deliver a super simulation of the sport for Xbox 360, PS3 and PC.

Radio Five Live's F1 analyst, Anthony Davidson, is on board as project advisor. The dev team's "preference" was always sim over arcade.

"You can make a realistic sim easier to play for somebody but it’s very, very difficult to take an arcade handling system and make that appeal to the people that prefer simulation handling," said Chief Games Designer, Stephen Hood.

"My preference has always been to go down the simulation path,” he notes. F1 guy Anthony Davidson say they plan to deliver the "most authentic experience possible.” A new developer diary has been aired by Codemasters, which you can check out below.