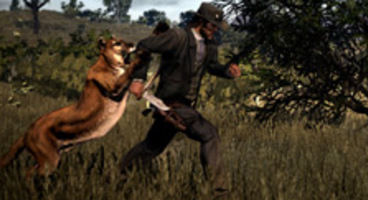 Microsoft is running a special promotion on Xbox Live right now for UK users if you downloaded the latest Red Dead Redemption trailer.

There are only 5,000 tokens available each giving away 400 MSP for free, and a free dashboard theme too. This odd offer ends May 10th.

It applies to the new 'Multiplayer Freeroam' trailer that’s up on Xbox Live for Rockstar Games' Red Dead Redemption. Once May 10 arrives then it will take "within 4-6 weeks" to get those token loaded emails out to winners. The MSP tokens expire end of the year.

Red Dead Redemption releases on Xbox 360 and PS3 May 21st in Europe. The trailer they want you to download to your Xbox 360 is the one below.