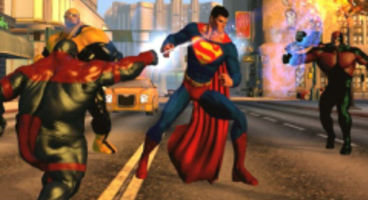 Sony has issued a press release stating that DC Universe Online will be released on PC and PlayStation 3 on January 11, 2011 (for a nice 1/11/11 pattern.)

The question of whether the game would be free-to-play or not has been answered: it will have a monthly subscription fee of $14.99. The game itself will cost $59.99 on the PS3 and $49.99 on the PC, and will have a free month of gameplay.

According to the presser: "As a traditional action-based MMO that combines fast-paced, twitch-based combat with an interactive physics system to deliver a new and unique gameplay experience, DC Universe Online brings the DC Universe to life, allowing players to create their own superheroes – or villains – and join forces with their favorite DC Comics characters such as Superman, Batman and The Joker to aid in saving – or destroying – the universe."

Let us know if you’re interested in DC Universe Online.